Gensler Wants to Kill the Rats 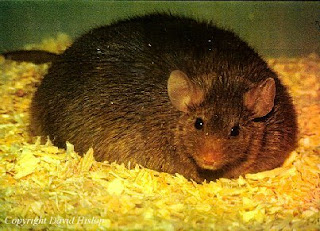 Oil's 45 cents above $60 at this writing. Regardless, it's been demonstrated that oil speculators, not peak oil, will be humanity's thorn in the future. The masses are fed up with a relative handful of fat rats who pillage humanity's wallet: purchase up paper contracts of oil, without buying the actual asset, and eating their cheese while the working blobs pay up.

The previous Bush administration was clueless with commodities; will the Obama administration fare better? The former Goldman Sachs (one of the biggest beneficiaries of last year's oil drive up) and Treasure Department amigo, Gary Gensler, says he's game:

With the public clamouring for more market regulation, Mr. Gensler was seen as a bad choice to become chairman of the Commodity Futures Trading Commission (CTFC), given his years with Goldman Sachs and at the U.S. Department of the Treasury, where he helped deregulate energy trading.

Mr. Gensler spent five months convincing senators he was up to the challenge and he was finally confirmed in late May. On Tuesday, he backed up his promises by announcing plans for a sweeping crackdown on speculation in energy trading.

The CFTC chairman said he will hold public hearings on whether the CFTC should impose strict limits on the number of contracts energy traders can hold.

The change would radically transform the trading of crude oil, heating oil, natural gas, gasoline and other energy products.

Mr. Gensler's willingness to look at limiting traders' contracts marks a dramatic shift for the CFTC, which for years had insisted there was no hard evidence that speculators were affecting the price of oil.

Former chairman Walter Lukken, a Republican, had long rejected such suggestions and the CFTC released a report last fall showing that index traders and swap dealers had not significantly influenced the price of oil.

Mr. Gensler has taken the opposite view. He told senators earlier this year that excessive speculation can cause “sudden or unreasonable fluctuations” in commodity prices and he promised a “fresh look at the role of speculation in commodity futures markets.”

He has already launched a review of natural gas trading on the Intercontinental Exchange, or ICE, which operates out of London and is largely unregulated by the CFTC. Meanwhile, Congress is considering legislation that would go even further and tighten regulation of virtually all commodity trading, including swaps, over-the-counter trades and financial products such as credit default swaps.

The CFTC already has broad powers to set so-called position limits in order to prevent price manipulation through corners or squeezes. For example, no trader can own more than 5,000 wheat contracts that expire in the same month.

However, the CFTC has permitted numerous exemptions over the years that have watered down the rules and allowed institutional investors and index funds to hold unlimited amounts. A recent report by a Senate subcommittee concluded that index funds owned up to half of all wheat contracts that traded on the Chicago-based CME Group. That concentration, the report said, was one of the major causes of unwarranted price changes.

The CFTC has also allowed exchanges to set their own limits for energy trading. These so called “accountability levels” have also loosened up over time. For example, the New York Mercantile Exchange officially restricts traders to owning up to 10,000 light sweet crude oil contracts for any one delivery month and no more than 20,000 for all months. But because of numerous exemptions handed out by the exchange, some traders hold more than 300,000 contracts at a time. Since 2006, Nymex has granted 117 exemptions from its levels to index funds, swap traders and others.

Perhaps this will work, perhaps not. Thomas Jefferson said (and I can't remember the exact quote right now) something in the effect that government should not be viewed with adulation, but rather, with a mark of skepticism. Although Obama will no doubt surpass his predecessor (a dog could do that), his approach to tightening the leash on Wall Street's nefarious behavior has been somewhat of a disappointment.